One thing I had to bite the bullet and purchase was a new set of wet tyres, while in Class C you can use any road tyre on MSA list 1A the Toyo’s I kept as wets were the race tyres I used in my first season in 2014 and most of my second season in 2015. They were cooked to death with no give whatsoever and at Snetterton they were useless. On a recommendation from Oliver at Preptech I decided to purchase some Uniroyal Rainsports from my regular suppler at Camskill. 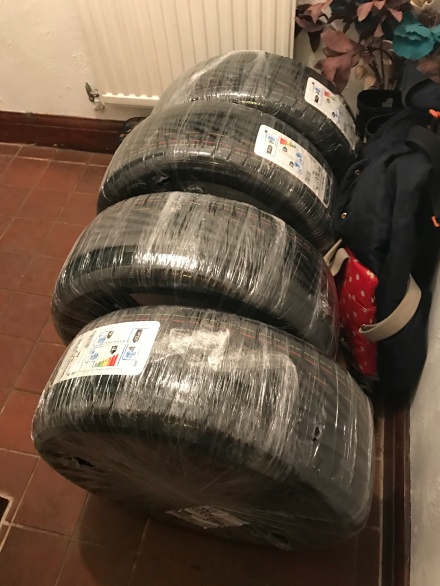 I was lucky enough to win two Dunlop Direzza’s in the end of season raffle so I purchased a new rim and took the worst left handed one I had in my existing 5 tyres and put them on. This gives me two spares, one left and one right.