The MG Trophy has decided to adopt the soon to be mandatory tow straps on every corner rule. This is supplied to us in kit form that has been specially commissioned by the Trophy. Fairly straight forward fitting especially as I have the front bumper off and out the way a supplied bracket fits on the front beam mounting bolts then tie wrapped onto the corner of the bumper (when re-fitted). While in the front, I re-loom the o/s/f indicator that got ripped out by the recover truck at Snetterton. 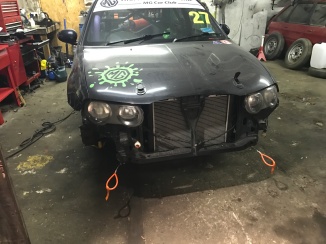 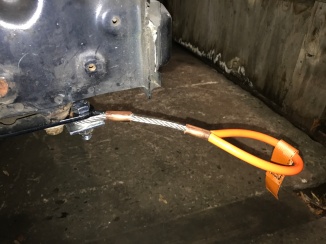 The rear straps require a little more effort, drilling a 13mm hole 50mm behind the existing hole in the chassis up through into the boot floor. The supplied bolt then fixes in through the strap and bolts in. This time two slits are cut in the corner of the rear bumper to wedge the loop in place rather than under the bumper. 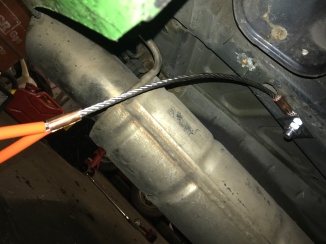 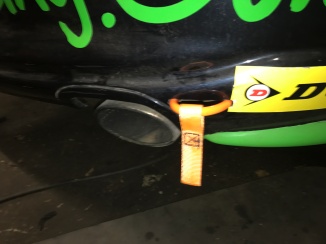