Well MG Live was a good one this year, and also the first full race weekend for me in 2016. The car was ready to go with all the prep completed and I was looking forward to seeing how TTR002 would run at Silverstone – historically not my best track.

When we rolled the car off the trailer instantly we knew there was an issue, a puddle of gearbox oil in the drip tray after Dad had scrubbed the trailer clean. This appeared to be from the o/s driveshaft seal in the diff just weeping slightly which is annoying as I’ve just changed it. Looks like I may have damaged it when I pushed the driveshaft in aggressively last week. Its only a small drip so it wont affect the weekend and I’ll replace again in the next few weeks.

Qualifying on Saturday and there was a slightly greasy track as a heavy mist lay on the circuit early on. We had to push our cars to Scrutineering again and this is now becoming very tedious, especially for those of us with little or no help. One for the AGM we felt.

The Dunlop tyres were good in these conditions and I qualified 5th for Race 1 and 4th for Race 2, helped a little as John Gil was running in a newly rebuilt engine.

Race 1 and again a bad start letting me down and Paul Bryson through and Paul Croker as well shortly after that, setting in to my stride chasing down the Pauls’ I managed to catch up but there was no gap to pass. Keeping the pressure on to the last it was 6th and it was a fun race. Shame for David Heasman that his head gasket blew and he would not be back for race 2.

Race 2 and a better start keeps those behind me initially, but Paul Croker zooms past early on and Paul Bryson gets me at the Loop my nemesis part of the circuit. losing a bit of ground I then reel them both in when putting my mind to some consistent lapping. Pushing Paul B hard we catch Paul C and eventually both get through and Paul C then a lap later retires with fuel issues. Again pushing Paul B hard he loses it in front of me (later we find out on a coolant leak he developed) and avoiding action by Paul C and myself just before he retires sees us past.

I then know I have to put in lap after lap with no mistakes seeing Paul C slip away for a few laps its going well then as the tyres go off there is more under steer and I see Paul B coming back through to catch me up. On the last lap Paul B is right with me heading into the dreaded Loop and I fear he’ll pass, but two 190’s come through to lap and this gives me just enough time to go wide and recover then knowing I can lead Paul B to the finish line and 5th. A great race and fab fun. 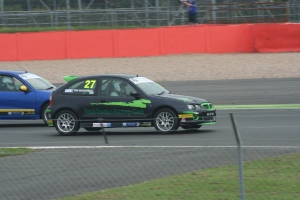 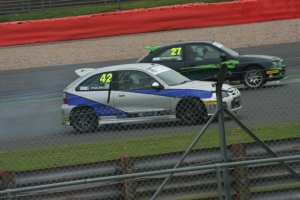 So the new Stage 2 clutch is installed into the car along with new driveshaft oil seals and in fact a new rear crankshaft oil seal as I was in there – all Genuine Rover parts after the fiasco with the water pump earlier this year. 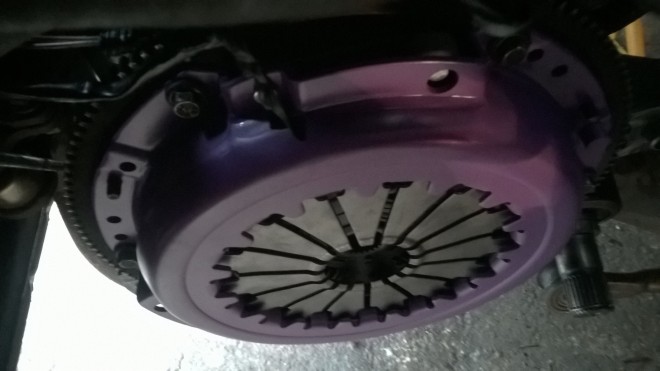 Hopefully now the car will finish the race weekend OK, as I have so much to do on some of my other vehicles its ridiculous. Brands MG Trophy Highlights from MotorsTV are now on the 2016 season page if you missed them.